The Kingdom of Light 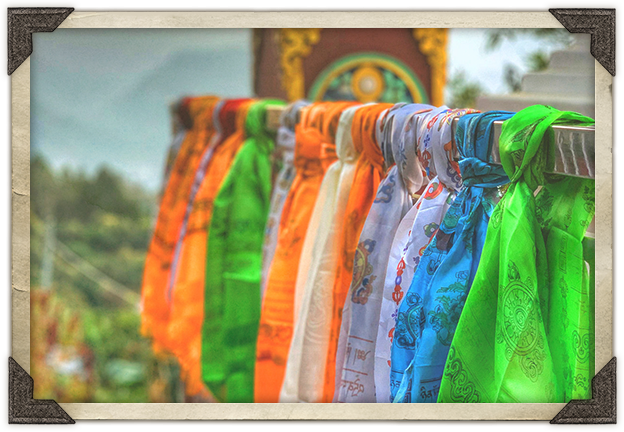 The man with the teeth coming out of his cheek scared me. So did the man with knobs for hands who sat cross legged on the ground, bobbing back and forth, chanting, balancing a cup of tea between his knobs. The burned man too, he scared me, the layers of exposed flesh, how the skin on his back gave way to a hollow crater that allowed you to see what was inside a person. I’d made myself look at him as I circled the great Boudhanath stupa in walking mediation. But the man with the teeth jutting out of his cheek scared me the most, and I only allowed myself a quick glimpse before turning away.

I’d heard my dear friend, the writer, Jeff Greenwald, talk about Kathmandu for years. The ancient kingdom of Nepal was featured in three of his books, and many of Jeff’s monologues on stage featured bizarre encounters with baby snow leopards, llamas and magicians disguised as beggars. His stories were mesmerizing and exotic, but I never once considered going to Nepal because I didn’t think I could handle the poverty, the dirt, and the disfigured.

James, our meditation guide, and the creator of the Himalayan Writers’ Workshop, and who has hired me for the last three years to be one of his writing instructors, says that if a man like the one with the teeth crosses your path, it’s a blessing, a gift, because he offers you a look at darkness – yours – mine – ours. Turning away, James says, means missing an opportunity to turn toward yourself.

“Nothing is as it appears here,” says James throughout the trip. I learn that the man I can’t look at was a teacher in the hills above the valley. But when the Maoists came in the 2000’s, they threw acid in his face, kidnapped his two children and took them away to become soldiers. “I couldn’t look at him for a long time too,” James tells me, as he goes over to the man to greet him in namaste, and give him some rupees.

Darkness seems to be the theme of the trip for me. I’d come with some heaviness that I couldn’t shake. I’d hurt a very important friend a few months earlier. I’d say inadvertently, but the pain I caused this friend was the result of a choice I had made – and so, if nothing else, I was a part of the chain of pain that resulted.

Before the trip, I found myself seeking counsel with friends, re-telling the decision I had made, trying to get some absolution, someone who would tell me I’d done the right thing. I spoke to a number of people, but even if they told me what I wanted to hear, I couldn’t seem to let it go.

If you know me, you know I’ve always been fairly tough on myself. I wrestle with the night, turn over stones, look to see how I can do things better – and especially if I’ve hurt or disappointed someone. At nearly 60-years-old, perhaps I should be past worrying about letting people down – it’s inevitable and so damn human. But hurting people, even if I didn’t mean to, sits with me, even if, as James tells me, “intention is everything.”

I’d gone back and forth about the decision that had hurt my friend. Professionally, it made sense, it was something I wanted to do. I knew at the time that it could trouble our 30 year friendship, but I thought he’d forgive me, that it would blow over.

It didn’t. It tanked us, and a few months later I left for Nepal without resolve.

“Ask him what he needs,” my 21-year-old, sage of a daughter, Zoe, told me. She was with us in Nepal – her first time out of the United States. Not only is she smart, but she’s wise. The kind of person who, when you ask her a question, takes her time in answering. She considers things. Once she was sitting with me and James and he asked her a question, and I think we sat almost one solid minute in silence waiting for her to answer. Zoe became a touchstone for me on the trip. When something came up for me, it was Zoe I went to for counsel because I could count on her fairness and her depth. Plus, she is never afraid to put things in my face, or ask me what my responsibility is in a situation.

“And what do you need?” she’d asked, “to let go of this, to forgive yourself?”

Friends, it took time. I left Nepal with a raging case of Giardia – though it wouldn’t come to life for a week – and have spent the last week plus on the couch, sometimes just staring out the window watching the trees in my yard blow in the wind. In this rest and peace I have sat with things, I’ve been quiet. And then last night, my  friend who I had hurt came over and we made a fire, turned out the lights, and we sat in that bright darkness together and mulled the whole thing over. I can still feel the hug we gave each other when he left, the way we held on to each other a little longer.

I’m thinking back to my original fears of coming to a place like Kathmandu – its dirt and disfigurement – its darkness. I thought my fear was about encountering them, the others, but clearly I encountered myself. “Nothing is as it appears here,” James kept saying.

I’m thinking back to that word, namaste – the light in me sees the light in you – and what that means. If I see your light, then you must see mine – even when I can’t see it and I want to banish myself from the kingdom of light.

Would you like to write your own stories? Wild Writing, live and online starts in January!