Notes From a Sabbatical 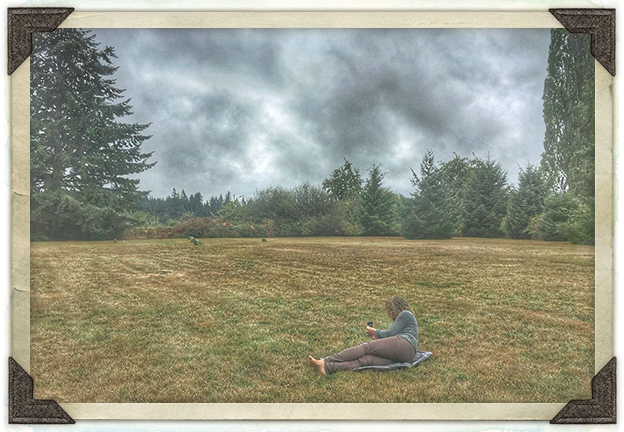 Mostly it’s the time I’m after. The slower mornings, the lingering cup of coffee, pajamas sometimes until 10 am. It’s waking up and trying to remember what day it is. It’s paying attention to my stomach – where the anxiety lives. It’s noticing how even though I’ve given myself some time to take a breath this fall, the stomach still gets tight and I ask myself, “What is that? What am I afraid of?”

It’s the list I made back in June where I wrote down all the things I could do during the sabbatical; take the online photography class, travel to Greece, get in my garden, complete a draft of the book I’ve been working on for three years, create that piece of art I’ve been seeing in my mind.  It’s noticing right after I made the list, that I moved toward none of those things – it’s how I got curious about that.

It’s how a friend commented that if I have nothing to show from these four months off – no draft of book – no piece of sculpture – no pictures from Greece – that I may have actually, I don’t know, accomplished something.

It’s spending time with my 24-year-old daughter who has moved back home to find new work. It’s making coffee for two in the morning, then juicing celery because my friend Lisa told us it’d keep us alive. It’s doing jumping jacks in the living room together and making obnoxious faces as we try to keep up with that rascally Jillian Michaels video. It’s making chocolate smoothies and washing our faces together at night. It’s knowing that her brief appearance back home is a gossamer dream.

It’s my sweetheart who brings up two mountain bikes from his home 500 miles away, and hopping onto that bike like the 30-year hiatus from riding was just a blip. It’s the feeling of freedom, riding along the bay, pumping my thighs as we take the 12-mile loop around Alameda Island.

It’s saying yes to adventure; a trip to New Mexico to visit my ex-husband on 10 acres of untouched land. “Bring sleeping bags,” he tells us. It’s a recon mission to Oaxaca with Andrea Scher and four women who will go to explore the place with us; discover the mole and the mezcal, putting our hands in pottery clay and learning to dye fabric from plants. It’s four days in Joshua Tree, sleeping on the ground, getting up early to watch the desert turn from inky black to cerulean blue, to pinky pink. It’s cowboy coffee and no cell reception.

It’s Nepal at the end of October, and a chance to show my younger daughter and a few others this magic, chaotic place. It’s a chance for her to see more of the world and to realize that the Bay Area does not represent the planet.

It’s travel and all that color. It’s music on the street, it’s turning a corner and running into a parade of puppets. It’s seeing things entirely newly.

It’s watching some of my friends knock it out of the park on social media with their classes and new websites. It’s noticing a fear of disappearing. A fear that I may be forgotten, or even a deeper fear, that taking a break will feel so good I’ll never want to go back.

It’s wondering what’s on the other side of the great huff and puff, the part of me that thinks I need to push myself hard to get things done – personally and professionally. It’s asking myself what wisdom looks like, what it is to know something in your bones, and to teach it by living it.

It’s remembering my friends who have have had health issues this last year; one who is grateful for a 7-mile hike, but knows he’ll pay for it the next day. The other friend who was dizzy for more than a year. The friend whose heart is doing a jittery dance, whose doctor told her no more hiking in places that if you faint, you will fall off a cliff. It’s reading that Cokie Roberts – the journalist – died this week at 75. It’s counting the years until 75 – 16 – and wondering if that’s enough time to let go of the things that do not serve me. For starters, the life long obsession with my body and the hallucination that there’s something wrong with it.

It’s not wanting to waste time on the wrong things, or as my old therapist Gary used to say, “Don’t follow the wrong dog home.”

It’s the time to ponder all of these things, it’s my sabbatical.

Friends, there is still room in the Nepal trip happening at the end of October, and all things Wild Writing will resume in January. The Wild Writer Teacher Training will also be offered. Registration for much goodness begins in October and into November. 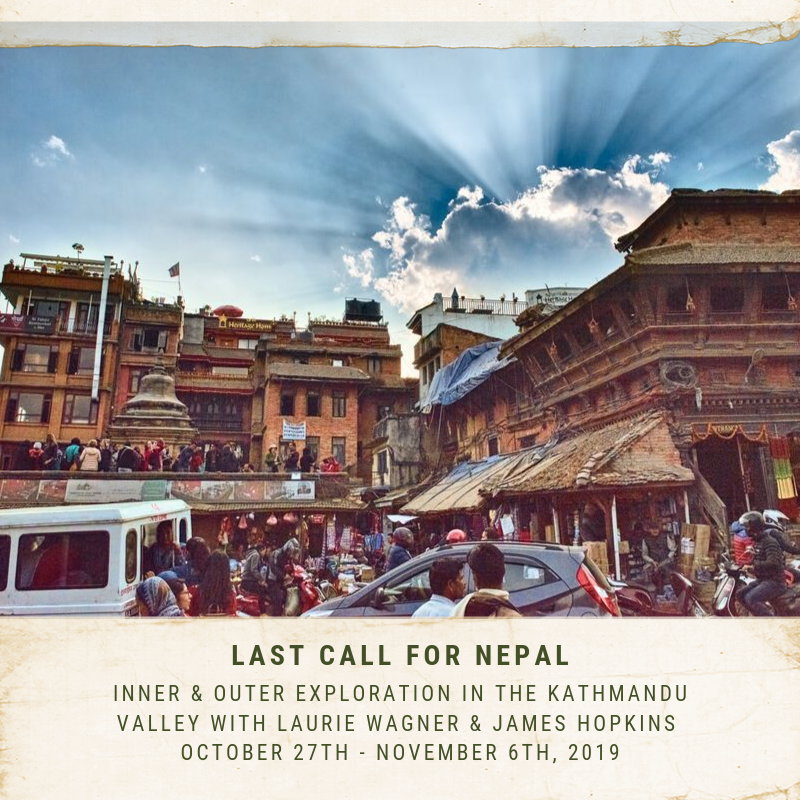 Would you like to join my family of Wild Writing teachers? The 4th Wild Writer Teacher Training starts in January.