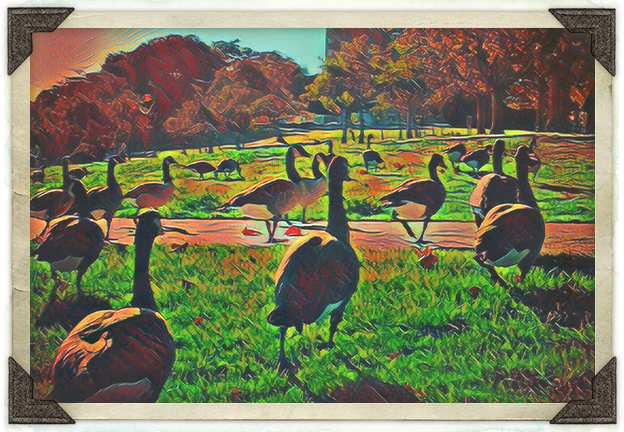 This morning I watched my 22-year-old daughter Ruby, and her 22-year-old boyfriend Anton, pull out of our yard, their car packed to the roof, as they headed out for their new life together in Seattle. They also had a surfboard tethered to the top of the car. Tethered with twine. Yeah.

They had so much stuff in that little car that they couldn’t see to the right and the left side of the road, and they could barely see out the back, which, as the mother, you understand, I needed to point out. It was going to be a 12-hour-ride, and not being able to see wasn’t optimal, I told them. In fact, it was bad. All those lane changes, cars zooming out of nowhere, not to mention fatigue and night driving.

I shrugged. I’m that kind of parent. I have to believe that everything is going to be okay, plus, I’d been there. I’d been that 22-year-old kid driving away from her parent’s house in L. A. with an over packed car and limited visibility. I couldn’t wait to get to the Bay Area, and I believed that the stuff my parents worried about didn’t apply to me. And of course, all sorts of crazy shit happened over the next 35-years, things I couldn’t even imagine as I was pulling away from my parent’s house.

As I watched Anton and Ruby pack the car, the metaphor wasn’t lost on me. We make these plans in our lives, we’re so bent on setting out, even with limited visibility. We have to. There’s no other way.

When Ruby left her room behind, it was empty.

An hour earlier my ex-husband Mark had called.

He’d been re-reading his journals from our nearly 30-years as a couple.

Watching the kids shove more shit into that car, Ruby with her hands on her hips, Anton scratching his head, I said, “Hey honey, we did the best we could. We were as conscious as we knew how to be at the time.”

We had meant well. We had meant to love each other. We’d committed to it during a 20-hour drive we took to New Mexico before we had kids. I was 34 and he was 35. We’d been married for a few years, we were thinking about babies, but we were concerned because we’d already run into some trouble with each other and what if we broke up? We didn’t want to be those parents.

As we drove, we realized that we could make big promises to one another – “I’ll never leave you, we’ll be together forever,” – but the fact was, we might still break up. If we could promise anything it was that we would try to be good to one another a day at a time, and if today was good then there was a pretty good chance we’d make it to tomorrow.

And because we loved each other – even with the snags we’d already experienced – we said Hell yes. Let’s do it. And we eventually had Ruby and Zoe and our lives were gorgeous and chaotic and painful and bright.

We did the best we could, and after 23-years we did break up. Now we’re the poster children for most loving divorced couple. In fact, I never loved Mark during our marriage the way I love him now. I had to back the hell away from the domestic front to appreciate the guy. If someone had said, “you’ll be married for 23-years, but will only learn to love Mark after you leave him,” would I have married him? Probably not. I guess that’s one of the benefits of not being able to see the road ahead.

It’s all so much dumb beauty. I just want to shake my head at all of it.

And nothing has changed. I’m still moving into things a little half-cocked. Excited, bullish, sometimes clunky, but always well meaning. I’m leading a workshop at the house this weekend and I still don’t know what we’re doing on day two. There’s a man I mean to love, but he may not be right for me. My left leg hurt all night, and my response is to run on it today. My plan for my business is simply to have more fun – though I’m not sure what that looks like.

A big life with limited visibility.

Ruby and Anton were finally ready to leave. I opened the wooden gate so they could pull the car out. As they started to drive, I began to wave. I couldn’t see the details of their beautiful faces because I didn’t have my glasses on, but I stood there in my pajamas, waving my arm like crazy so that they could see me. Whether my love will get them to Seattle in one piece, well, why not? Crazier things have happened.

As they drove off, Anton’s surfboard bouncing in the wind I thought, what isn’t tethered with twine in this life?

A new session of Wild Writing is starting in September – live and online. Seats are limited and many classes are nearly full. If you want a seat, take it now.