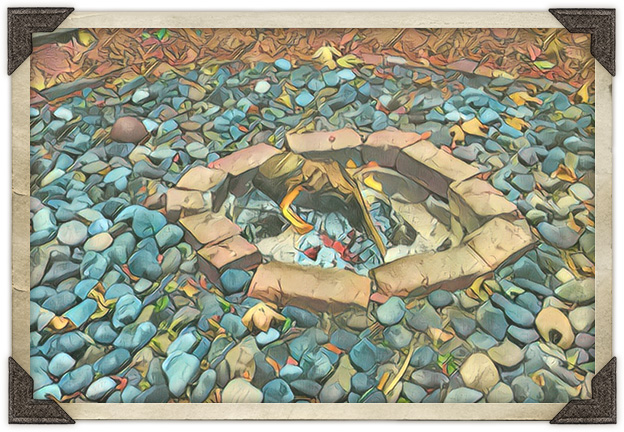 A couple of years ago when I realized my marriage was over, one of my first thoughts was, “Now I need to stop drinking.” I didn’t think, “Who will love me now?” or “How are my kids going to handle this?” I thought, “Shit, I have to stop drinking.”

The thing is, I don’t think I was an alcoholic and I don’t think alcohol broke my marriage, but I did like to drink, and something about my drinking had been bothering me for years. Like almost every morning after some rousing night out with friends, I’d wake up and think, “I’ve got to stop.” And it wasn’t because I’d done anything wrong the night before, but it did have something to do with waking up tired or hung over in the midst of a big life with a family and a business and students and friends – everything I cared about.

Sometimes I hadn’t even had too much to drink, or maybe I’d had one drink too many. Sometimes I didn’t drink for weeks. It was confusing. At times it felt like I had a problem, other times not.

I’d make deals with myself; I’d only drink on weekends. I’d carry a little pocket-sized sign alerting my friends that I could only have one, and could they please remind me when I’m ordering my second? And if I did manage to only have one, I’d make sure to have it on an empty stomach so I could feel the buzz doubly big. My mother – a champ of a drinker – taught me that.

None of those schemes worked, and I kept drinking. Alcohol has always been such a relief to me. The first sip of a martini is like someone giving me a little squeeze and saying, “See, everything is going to be okay.”

You wouldn’t have noticed I had a problem because I was just like most of my friends – a couple of glasses of wine 3 or 4 nights a week – but when I went out, when I was with people, when things turned social – I’d lean hard into a martini because it’s a serious drink and there’s no messing around.

I’m pretty sure martinis made me smarter and more interesting. I also got a little sassier, a little happier, and more loose. I was fun. It was a great contrast to the way I was during the day; serious, a little hard on myself, stressed, driven.

No one ever mentioned my drinking or staged an intervention. My husband never turned to me and said, “This shit has to stop,” even after particularly bad nights like that time I had to have a friend drive my car home from the city because I couldn’t drive it myself, or those nights I wobbled home buzzed to pay the baby sitter, or when I threw up in Grace Cathedral during a concert and started to black out right there in my seat, certain I was dying. As the blackness engulfed me I thought, “This is it? I’m going to die like this?” It seemed like such a cheap way to go. I was up to such big things in my life with my work and my family – then this.

That my drinking was a problem was something no one spoke to me about. It wasn’t their job. But I knew.

I knew it because for years, no matter how much I had to drink, I’d wake up the next morning bathed in a shit storm of shame. I’d review what had happened the night before; who I was with, what I had said and done, certain that I’d screwed up in some way, or said something too strong. Sometimes I had – like those nights I mentioned – but usually I hadn’t, and no one remembered anyway.

But it was more than just this feeling of messing up. It was the voices that slithered in as I lay in bed the next morning, tired and depleted. Devious, cruel voices mocking me, tripping me up, asking me who the hell I thought I was. Telling me that I was shit and so were my ideas and my plans.

This was the pit I crawled out of many mornings after two or more drinks, the journey I had to make to find my way back into the world of light – wherever that was. In fact, I think this shame made me work even harder out in the world to prove that I was good – to myself.

Like a lot of people, I became more boisterous, confident, and chatty when I drank. Drinking made me bigger. And in the morning, I’d shrink back down to my real size, which wasn’t half as big or loud.

And I think that was part of the shame, this shrinking back to who I was, just like The Great OZ when the curtain gets pulled back and you see that he’s just a little man. He’s actually a good man trying to do something positive – is how I remember it, but he felt that he needed to be more than he was to get people’s attention. I think that’s how it was for me too – this feeling that I needed to be more than I actually was out in the world if I was going to get the good stuff. Drinking helped me feel like a shinier version of myself. I had more confidence. I was more commanding. I was on fire.

At 56-years-old, I feel like I’m in this sweet spot. I’m older, but not old. I’ve got energy, I’ve got projects I want to do, I’m not sick, I’m strong. I’m watching the generation ahead of me turn corners into what feels like old age, some of them are dying – which makes this time I have even more precious to me because I know what’s coming.

I don’t want to squander it. I don’t want to keep laying sticky tar traps for myself, waking up having to pay for the night before. I don’t need those voices – that’s the big thing – I can’t afford those negative voices, not with what I’m up to, not with the things I want to create and the way I mean to love. There’s just not enough time.

It’s only been two months since my last drink, and I never said that I was going to stop entirely, just until the end of the year to see what that was like. It’s been pretty easy. Mostly what I notice is that the cruel voices have subsided. I don’t have to battle it out every morning as I make my way into the day. One less obstacle in this beautiful life.