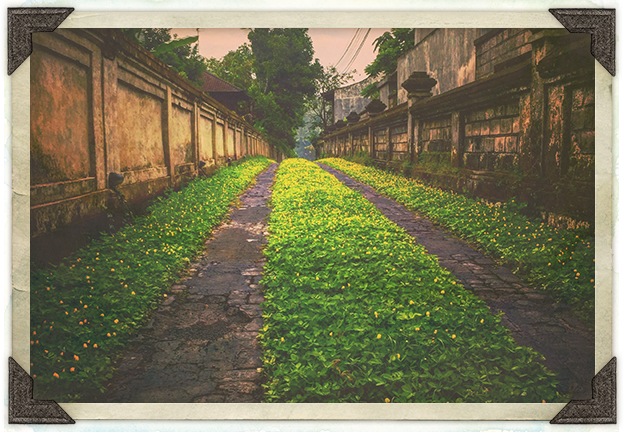 A few months ago I was hired to write with cancer patients at a hospital near my home. The woman who hired me brings artists, writers and musicians into the hospital to give patients some relief from what they’re going through, and an opportunity to channel this time in their lives in a creative way.

Every Monday I scrub myself clean and walk through a series of sealed doors and into the bone marrow unit, which they’re proud to say has the “cleanest air in California,” and where very sick men and women with severely compromised immune systems and very few white blood cells camp out for up to one month as they get ready to go through their bone marrow treatments, which, if successful, will give them new, healthy blood cells. My cousin Craig, a doctor, tells me that bone marrow transplants are end of the line choices. They’re painful and can have terrible complications. They can also extend a person’s life by years they wouldn’t have had.

I’ve often felt clunky around sick people. Everything I want to say to them feels cliché. When they ask me about my life and I say, “Great! I’ve got this new teacher training and I’m playing racquetball again,” it can sound ridiculous. I have one friend who I may have lost because of a letter I sent him which was meant to be inspirational and encouraging, but felt to me after I re-read it like I was out of my mind, completely insensitive.

Every time I get to the hospital my heart is pounding so hard that I have to stop in the bathroom just to steady myself.

I’m not the type to show up at someone’s house uninvited, so the last thing I’m comfortable doing is barging in on someone – a stranger – who is going through the worst, most scary thing in their life, and ask them to open up to me.

I begin at the nurse’s station, asking the nurses which patients are feeling up to writing or even visiting with me. “Go see Gonzales in room 701,” they’ll say, “She loves to talk!” or “Peters in 1203 hasn’t had visitors in a while.” On a unit of 30 beds I might get the names of three people who feel well enough to talk to me. The others, the nurses will just shake their heads, “No, not today.”

I wish I could tell you more about these remarkable cancer patients – the details of their lives, who they were before they got sick, how this experience has changed them, and the jaw dropping things they say to me – but I can’t because I signed an oath – a HIPPA agreement which allows me to talk about my experience, but not theirs. It’s their business after all, and not mine to turn into story. But I can tell you what I think is happening to me through this work.

After I speak to the nurses, I gather my courage and I knock on someone’s door and ask if I can come in. I never know who I’m going to meet – a young Hispanic man in his 30’s, a single woman with five children, an older gay man, or maybe somebody’s grandmother. I tell them I’m a writer and that I was hired to talk to patients about what they’re going through and maybe do a little writing together.

Most of them don’t want to write – they’re not feeling well – and even if they were going to take a stab at it, some people, like the guy who’d been diagnosed with leukemia a year before, didn’t want any record of what he had gone through because like he said, “I don’t want to remember none of this.”

It’s always the same. They were just living their lives. They were coaching their kid’s softball team, they were raising a couple of kids on their own, they were getting ready to retire, they had just changed jobs, they were at the top of their careers, running around checking their phones, making lunch dates, looking forward to vacation, crossing their fingers that they’d be able to pay a bill, trying to lose a few pounds.

And then boom. They didn’t feel well. Boom they kept going. Boom they meant to call the doctor. Boom they thought it was nothing. Until they did get to the doctor and then boom, here they are in a hospital room overlooking the city, hooked up to an I.V. bag.

I’m not a doctor. I’m not a nurse or a social worker. I’m not a chaplain. I’m just a writer, a mother of two, someone who’s left leg has been hurting for two years, a writing teacher, someone who believes in turmeric, a woman who needs more sleep, whose attention span is so shredded she has a hard time making her way through a book, a woman who never prays.

I’m also a woman who looks for meaning. Most writers do – even this piece – as I write it – is an attempt to understand something, to pull the pieces together. And that’s what I try to do with these very sick people. As they tell me their stories, I take notes, and 30 minutes in I might reference something they said earlier, “It’s like what you said about…” I’ll say. It’s just the way I think. I like to figure things out. I like to connect the dots so that I can create a narrative that we can live with, a way to hold things so that they make sense, so that the cancer is not some random piece of crap that falls from the sky, but something we can weave into a larger story and understand.

But what I’m learning is that while trying to make sense is a way to make us feel better, it’s also a way to avoid the pain of the way things are. Because sometimes there are no words for what’s happening, like the day when I spent some time with a young man who lay alone in a bed, a guy who was hooked up to a number of tubes which made it impossible for him to move and made it hard to speak, a guy who’d been fine a month ago and then boom. Even the nurses didn’t quite know how to be with him because he hardly spoke and so he ended up spending most of his time alone in his room.

I angled myself so he wouldn’t have to strain his neck to see me and he was kind enough to tell me the basics of the story, which went something like, “I was living my life – working – raising little kids and then I got sick.” And then he stopped talking. I probably asked a few more questions about what kind of support he had. He couldn’t feed himself and needed to have family come in to help – a nephew here, a cousin there. There were kid’s drawings on the wall and I asked about them, and maybe I tried to bring a little lightness into the room saying something that felt stupid at the time, how he better get well so he could get back to those kids, which is when I noticed tears leaking out of his eyes, and then they began leaking from mine.  We sat in silence for at least two minutes. I turned my head and stared out into the tree tops below his window. The intimacy was unbearable.

“It must be hard to get people to open up,” he said after a while. I said that sometimes it was, but then we were quiet again.

And after a while I said I was going to go, and that I hoped he felt better. And maybe I thought I failed a little because mostly I can get people to talk, and then if we’re lucky we’re able to make those meaningful connections, those narratives that I’m so enamored with.

But with this young man I could not, and he could not – and it was just sadness.

I went outside of the hospital and sat down on the dirty curb right there on the corner of the busy street. I sat there in silence and watched the stream of doctors and nurses, patients and their families crossing the street and entering buildings. I saw mothers holding babies, little dogs on leashes. I watched ambulances and taxis roll by. I noticed the trees above my head catching the afternoon light. Most people were looking at their cell phones, and some were speaking into mid-air – you know how crazy folks look when they’ve got ear buds in and they appear to be speaking aloud to no one.

I felt a kind of awe. Like I was an alien who’d just landed on earth and was taking in these colorful, busy animals making noise and clicking their heels as they walked.  No judgment. No epiphany. No better narrative. Just awe.

I remembered something my father asked my mother a week or so before he died, something he said in his morphine haze. “Do people know they’re alive?” he asked her. As if that one most miraculous thing was also completely lost on us.

And then I got up and I went back into the building.