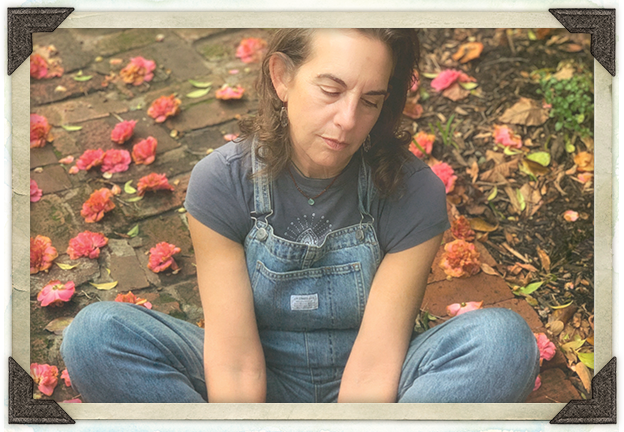 So I won’t forget the look on my 85-year-old mother’s face when she came upstairs to make contact with me after our little tiff during the holidays. I write to slow that moment down so that I can remember the timid sound of her knock on my door, and the way she entered my room, eyes wide, almost unsure of what she would say.

I write to remember the way I rose to meet her so we could hold each other, even though I was still mad, because there wasn’t enough time for anything else.

I write so I won’t forget how in the last few years she cries in my arms when it’s time to say goodbye, even after a bumpy visit.

And because words are breadcrumbs that I can follow forward and backwards so that I can track myself, and because the writer, Joan Didion said, “We tell ourselves stories in order to live.”

I make these notes so that I won’t forget the moment last week when I said to my friend, “I’m sorry, I don’t want to intrude on your personal life,” and he said, “you’re part of my personal life,” and how that melted the part of me that feels like an outsider, someone who is knocking on the door, but not invited to the party.

I write because David Verdesi says, ”Your task is not to seek for love, but merely to seek and find all the barriers within yourself that you have built against it.”

And because today, the workings of my heart – and especially its tinny and rickety bits feel like my main job. This has something to do with what my father said before he died, and which haunts me. “I never learned to love,” he told us at the end. And how silenced I felt by that because I had loved him so much, and was it possible that he hadn’t felt his love for me because he didn’t know where to find it in himself?

I write because to survive as a child was to tuck in all that hurt, to become a mask, so that people wouldn’t know that they had gotten to me, so they wouldn’t see how tender I actually was. I write because it’s my job to find my way back to that tenderness, which has been patiently waiting for me this whole time.

I write because a palm reader once told me that I’d never be a Danielle Steel, but that if I wanted to continue my navel gazing, I could.

And it’s true that 35 years later, I’m still wondering what sent my grandmother and her car into the swimming pool that day in L.A. In my made up stories I’m in the back seat as she drives down Sunset Blvd. on that rainy afternoon in February. In my story I pop up from the back seat to reason with her, to ask her to take a breath, to slow down and to consider what she’s about to do.

I write even though I can’t ask her what really happened; did her foot slip on the accelerator like the police report said, or did she mean to drive through the azaleas and into the pool?

I write because of the clues:

The one wet orthopedic shoe in the guest bathroom sink. Her white patent leather purse, also pulled from the deep, and now sitting in the sink, and the items inside of that purse; the clumpy cigarettes, the sticky roll of life savers, the lighter, the drenched Kotex pad.

I write because we spent every Sunday night at our grandparent’s house for dinner, and because I can still smell my grandmother’s cigarette smoke, and see the way it swirled around her as she lifted her scotch to her lips, and laughed.

And even though all the stories about her include scenes of her crying, I remember her laughing.

I write because the author, Sue Monk Kidd said, “Stories have to be told or they die, and when they die, we can’t remember who we are or why we’re here.”

And because I want to remember my father’s tiny walk-in closet;  the naked light bulb illuminating his black ice skates, the wooden box of black and brown shoe polish that sat next to his Wingtips – an old box I’d give anything for now just because it was his. I write to remember the smell of that closet; sweat and wool, and suits we’d hide behind during games of sardines.

And because while the world would have me click to find out what Kim Kardashian wore to her sister’s birthday party, I’’m training myself, one moment at a time, to put my phone down, and to move toward that patch of sun on the couch for a nap.

I write because after a lifetime of feeling that I needed to be important or smart or tell a big story, it’s the smallest things that I want to write down and remember:

The night I loaded wood into the fire, one log and then the next, for hours, and how complete my own quiet company felt in silence.

The way my daughter’s face lights up when her boyfriend walks in the room, showing me what love looks like.

I write because sometimes at night I dream about the things I’m afraid to say, so when I wake up I write them down. And when I told my kids that I might toss the dozens and dozens of notebooks that I have in the attic because they’re not dated and will confuse anyone who might read them, my kids told me to save them because even if they don’t understand what I was trying to say, these words, those stories would be the path they would take to find me when I’m gone.

Beautiful writing comes from this place. So if you’re someone who wants to start a writing practice – no matter your writing history – or someone who is looking for a way to tether themselves to more truth on the page, Wild Writing might be your path, your practice.

I invite you into this life-changing practice, signup by January 16, noon PT :: details and registration are here.