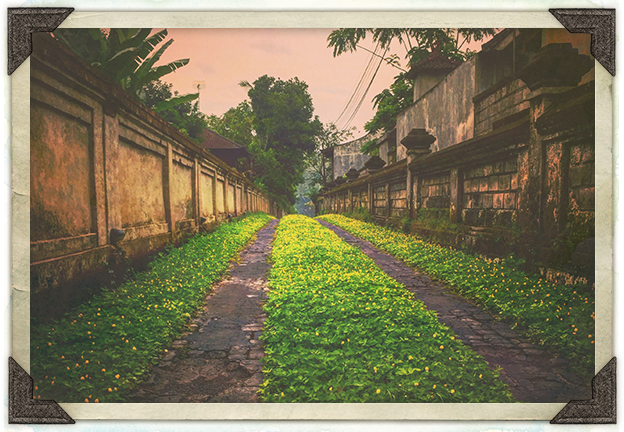 Prior to Covid, I was one of those people who liked to say things like, “change is inevitable,” and “everything is transient” – the words floating out of my mouth, making me sound like the good Buddhist I wasn’t.

I wasn’t a liar, I just didn’t know what I was talking about.

Yes, I’d let go of a long marriage, and I had watched my father die – which, 11 years later still feels inconceivable as I scan for him in crowds, sure he’s out there somewhere. My children have moved away, an important and deep relationship ended this year, my ex husband is about to move out of state with a new partner. I do understand that things change, but it wasn’t until the entire world fell to its knees in what seemed like a matter of days that I felt the truth of impermanence and got an actual taste of the fragility of our lives.

The poet, Ellen Bass, has a beautiful passage in her poem If You Knew…

What would people look like
if we could see them as they are,
soaked in honey, stung and swollen,
reckless, pinned against time?

I’ve read this poem many times, but I think I preferred it as just a pretty thought – something that would be good to remember when I could, but not practice if I didn’t have to.

I remember the day in March when I first heard the term “sheltering in place,” and how I kept forgetting it over the days that followed. I’d turn to my daughter and say, “Sheltering where? What are we doing?” Or the day before shut down when I stood in a packed Whole Foods with at least 200 other people – hardly anyone wearing a mask – me holding my little red shopping basket with a few extra cans of black beans because I couldn’t imagine a world where I couldn’t go back to the store to get what I wanted whenever I wanted it.

Then suddenly we were all behind closed doors, veering away from each other on the street because your neighbors, your own family could get you sick. We didn’t know very much since there was no leadership then – and little leadership now. Maybe that’s what’s gutted me the most, the final bit of illusion ripped away. No Big Daddy coming to save us.

Fifteen weeks later, and it’s still like the wild west. Everyone’s making their own rules, negotiating the mask, the gloves, deciding whether it’s safe to hug the people you love, or travel 350 miles to see your mother – who has been alone – because you don’t want your final images of each other to be on a Zoom screen.

Fifteen weeks later and my 25-year-old daughter decides to go to a bonfire with new friends – none of whom are masked – which means she won’t go to L.A. with me to see her grandmother because she might have picked something up – something she could bring home to me, which I could take home to my own mother.

Fifteen weeks later with no vaccine in sight and we’re beginning to wonder if it’s possible that a year from now our lives won’t look much different than the way they look today.

It is a lot to hold. I cry almost everyday. Sometimes for the things I have lost, but mostly – I believe – for the fragility of it all, the impermanence – something I understood theoretically, but not in my heart.

My friend with cancer didn’t flinch when the virus came.

“This is so much like my diagnosis,” Ciska said. “You’re stripped of the known, the habitual. There’s a loss of the familiar self at all levels; the illusion of health, your profession, your relationships, your very identity.  Everything that you thought was you, a given, is gone.”

Having cancer, Ciska said, was like entering an endless hallway with one door closing and no new door in sight.

“Now we have Covid,” she said. “We’re all in the collective hallway.”

“And what do we do in the hallway?” I asked.

“You decorate it,” she said. “You engage with the uncertainty. It’s not a place to move away from, but a place to sink into and be with.”

Another slogan I want to be careful to use, something to be practiced and not preached, certainly by me.

Still, there have been moments, like yesterday resting in the shade of the side porch with my cat Gray on my lap, staring at the crows in the tree overhead. Or the spontaneous bath in the middle of the day because I needed some quiet comfort.

“There’s magic here,” Ciska said. “The magic of turmoil. We don’t know what our lives are going to look like on the other side of this, and so we’re in a transformational time. Things are less solid and in that more malleable state, in this hallway, magic possibility lies.”

Ciska reminds me that caterpillars dissolve before they turn into butterflies. If you cut open a cocoon, caterpillar soup will ooze out.

I’ll hold that thought today, because holding onto something, even a thought, feels better than holding onto nothing. We’re in uncertainty soup. Change is inevitable. And change can be beautiful, as our caterpillar friends teach us.

You just can’t rush the goo.

Thank you to Ciska Moore – my friend since we were fifteen years old – for helping me to better understand her experience of cancer.

And to Jeff Greenwald for his sharp editing and his desire for me not to say the same damn thing in every blog post.

Here’s the rest of Ellen’s poem….

If You Knew – Ellen Bass

What if you knew you’d be the last
to touch someone?
If you were taking tickets, for example,
at the theater, tearing them,
giving back the ragged stubs,
you might take care to touch that palm,
brush your fingertips
along the life line’s crease.
When a man pulls his wheeled suitcase
too slowly through the airport, when
the car in front of me doesn’t signal,
when the clerk at the pharmacy
won’t say Thank you, I don’t remember
they’re going to die.
A friend told me she’d been with her aunt.
They’d just had lunch and the waiter,
a young gay man with plum black eyes,
joked as he served the coffee, kissed
her aunt’s powdered cheek when they left.
Then they walked half a block and her aunt
dropped dead on the sidewalk.
How close does the dragon’s spume
have to come? How wide does the crack
in heaven have to split?
What would people look like
if we could see them as they are,
soaked in honey, stung and swollen,
reckless, pinned against time?

If you want to create a self paced writing practice to take you through these times, join our Wild Writing Family, a monthly membership where you will receive three short, Wild Writing videos a week with me talking about the practice, giving you a poem and some jump off lines. Twice a month we write live together. It’s a beautiful family.