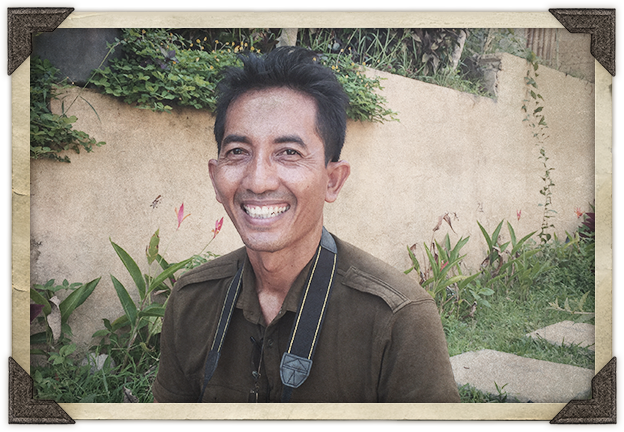 I was explaining Tinder to Agung, our driver here in Bali.
“It’s this App on your phone,” I told him, “so if you want to meet someone and have a date, you just look here.” I held out my phone to him like it was a genie in a bottle, like presto bingo, love in a box.

Agung smiled and tilted his beautiful brown face at me. I couldn’t tell if he didn’t understand what I’d said or if he just felt sorry for me.

“Do you have Tinder here?” I asked.

Not that I was going to use it. While it’s true that I’m swimming in a sea of estrogen at Mastin Kipp’s 28-day-writing intensive in the town of Ubud, I’m not exactly on the make – though I was curious if I did turn on Tinder what my Balinese prospects would be like. In fact, a number of people, including, my friend Tim – who is a bit of a psychic – told me with certainty that I’d fall in love in Bali. “Without a doubt,” he’d said.

“No, no Tinder,” said Agung shaking his head. “When we meet someone we like to be together” – and he gestured with his hands back and forth between us, “ to feel the other person,” he said.

“Right,” I nodded. And then I basically shut up because what could I say to that? Who doesn’t want to feel another person?

Sometimes I think I’ve turned into one my daughters, who are 17 and 20. I remember once in middle school Ruby was interested in a boy and she told me that they were “talking,” which actually meant they were texting. I thought, what is the world coming to, kids don’t know how to talk to one another anymore. That can’t be good. She and this boy would text and text and when they did get together it was often awkward and silent. They didn’t know what to say to one another. While I do know how to talk to men, I find I’m much more comfortable texting them. Calling feels like a possible intrusion. I might catch someone off guard. It’s too intimate.

I can’t believe I just wrote that, but I think it’s often true. I’ll call a man if I know him well, but not someone new. A few men have called me and I think it’s so brave. Sometimes I pick up and sometimes I don’t. I’ll always call back, but in the moment going voice to voice feels naked and too real. Of course, down deep I want to connect like that with someone, but what I’m noticing is that because of the convenience of texting, I may be losing my intimacy chops, the part of me that knew how to connect more deeply with another person.

And why call when you can get a message to someone in a matter of seconds through text or email, Tinder, Viber or Whatsapp? Right now I’m in Bali, 8000 miles from home, but I just got a video of my youngest daughter sitting in a restaurant in the Berkshires sipping her grandmother’s martini. “Hi mom!” she said, winking at me.

It’s so sexy. I can text three people at once – have three conversations that never cross one another – though you do have to pay attention to who you’re texting. Once I got a text from a man I know who wanted to know what I’d be wearing for dinner that night, even though we didn’t have a date. “Who’s the lucky girl?” I texted back.

Texting is so NOW, NOW, NOW. Yesterday my mom texted me from an Uber that was weaving in and out of traffic in Manhattan, as I sat on a sunny porch in Bali in my nightie drinking coffee, watching a big fat lizard run up and down a column. That’s magic and I wouldn’t trade that for the world.

And last night as I lay in my dark, mosquito tent of a bed here in Bali, I texted back and forth with a friend, a man I know from home, and it was actually a very deep conversation about love and sex, and I was touched by it. I needed a little support and he was there to offer it. So good things can happen from millions of miles away.

I guess the thing is, and now I’m back to what Agung said about feeling the other person, is that as nice as NOW, NOW, NOW is, I also feel like I’m moving farther away from my ability to be intimate, to be vulnerable, especially with men, and that doesn’t feel good. If a call from a man makes me feel naked and too seen, how can I find my footing when I’m actually with them?