The View From Here 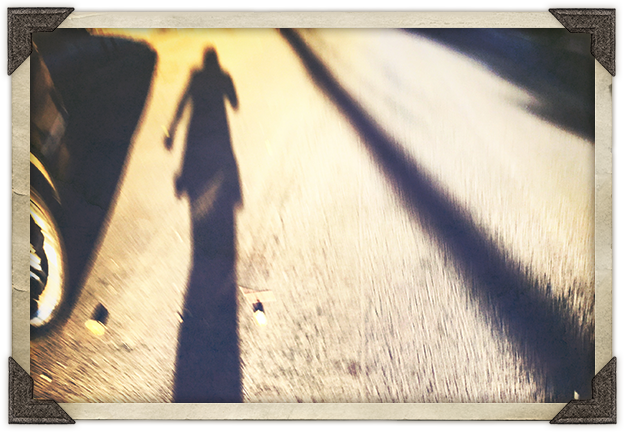 I know it’s cliché to be sad at a wedding, but that’s just what I was; sad, plain ol’ sad. When I mention this to a friend days later, I’m reminded that yeah, weddings are funny like that; they trigger all sorts of stuff.

Still, I was surprised. I hadn’t been to a wedding in a while, and when I fell into something I can only call melancholy, I thought it was my own damn fault – some way in which I’d failed in love and was now on the other side of happiness, watching love from my own lone distance.

I was glad for the groom – my young cousin – and his bride. They’re good people and they’re primed for every happiness. But standing there on the dry, rocky cliffs of Malibu, overlooking the sea, I found myself fixating on the bride’s face as they stood under the chuppah, and she gazed up at my cousin, a look that seemed to say, “I’m yours, I’ll follow you everywhere, your breath is my breath.”

I was alternately worried for her and envious.

Worried because marriage is a brave and bold journey – a complex web of expectation and disappointment – a real ego buster – and everyone who’s ever been in a relationship of any length will tell you that. It takes more patience and more faith than most of us can imagine. We say “for better or for worse,” but better is always more fun than worse, though worse will show you what you’re made of.

And I was envious of her because it appeared that she was giving herself entirely to another person – something I’m sure I’ve never done, but something I’ve wondered about; If I had been more selfless, more understanding, more loving, would I still be married today?

And that was part of it – being at a wedding as a single woman of a certain age. I felt a little like a sitting duck, like I was wearing a sign, like I’d once had this beautiful thing that we’d all gathered here to celebrate – marriage – and then I’d let it go, I’d dropped it, I’d decided that I didn’t want it anymore.

And maybe I even started punishing myself a little, right there in the bright Malibu sun.

Something had been brewing in me for a few weeks. The lines around my eyes seemed deeper, more pronounced. When I saw my reflection in a mirror I was surprised at how old I looked, and that scared the shit out of me. Time was marching on and it was taking me with it.

I had also been weepy. Every time someone asked me about Mark, my husband of 23-years, I found myself getting choked up like I was going to cry. I couldn’t explain it. Everything about our divorce three years ago felt right then, and felt right still. If anything, our split had allowed us to become closer than we were when we were married, but now I was second-guessing myself, looking back and wondering what I’d done.

It was easier to get lost in the bride and groom as they stood under the chuppa overlooking the sea. They had so much living in front of them; the children they might have, the places they’d choose to live, the travel, the work, the friends they would make, the people they would become.

It was like watching a beautiful movie in the making. They hadn’t dropped anything yet. Their carpeting was still white.

“You’re in a transition phase of your life,” my friend Jeff kindly reminds me, lest I become too sad or strange or bitter.

I know where I’ve been – the children – the career  – the marriage. I planned all of that. I made those choices quite intentionally, but now, on the other side of that big life, it’s hard to know where to locate myself. If anything, I need a new narrative, one that makes peace with the choices I’ve made, and one – like Susan Piver says in the quote above – that liberates and doesn’t trap me in some cultural story line where I go invisible right about now – a middle-aged woman who’s best years are behind her, and who is pulling the curtains on her sexuality, her vitality and her engagement in the world.

I’m not standing under a chuppah, I’m not embarking on the beginning of a shared domestic life with another, but I am standing somewhere, I know it, I just haven’t begun to string the words together yet.

*Thanks to Jill Salahub, who turned me onto the Susan Piver quote.