Naked and Covered in Honey 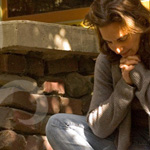 “What would people look like if we could see them as they are, soaked in honey, stung  and swollen, reckless, pinned against time?” – Poet, Ellen Bass, from the poem “If you knew.”

I’ve been looking at people like that lately, especially when I’m peeved at them because they’re moving too slow – in the check-out line – on the road. I imagine them these large, swollen, sticky pods of honey – babies – innocent – without malice – not trying to hurt me or slow me down – just humans, as Ellen says, “pinned against time,” which means their days, as mine, are numbered.

It’s a great practice, though the pedal really hits the metal when I’m trying to bring that same compassion home to myself – especially in these last few months when I’ve felt like a plane in a holding pattern, circling the airport, around and around, never landing, just circling, listening for the “ding!”  of the Paypal button when someone makes a purchase on my website, making too frequent trips to the kitchen for salty things, sweet things, crunchy things, watching episode after episode of Friday Night Lights, playing game after game of Words With Friends, checking email and Facebook every two minutes, comparing myself to others– certain I could be working harder, smarter, achieving more success, making more money, more friends…more…and then the day is done and I’m not sure where I’ve been.

It’s like my old therapist Gary used to say, “I’ve been following the wrong dog home.”

Or… drinking from the wrong trough.

I write this because the only way I know how to wake myself up out of these non-nutritional stupors has been to out myself, to tell the dirty, rotten truth. It brings me out of hiding, has me waste less time pretending or holding up a façade.

And it’s one thing to do that with friends, or with a group of Wild Writing students where our practice is to tell the messy truth in a small, safe setting, but another to do it in this more public community where I’m much more aware of having an identity as a teacher – someone who people might want to study with – someone who people might think has some answers for them. Will people still want to work with me if I show up naked and covered in honey – sometimes covered in poop?

If I’m about anything, it’s authenticity. That’s what I teach, that’s the edge I consistently lean into. It’s what I encourage my students to do – to trust that showing up as their natural, vulnerable, imperfect, Words With Friends playing, gorgeous bed-head, didn’t- have-time-to-brush-their-teeth-selves is all we want. In fact that’s WHAT we want!

When people show up like that around me I feel like I can breathe again, and that I’m not so alone with my own troubles.

I believe we’re all in the same sticky, honey-swollen soup – even teacher, even me.

If You Knew – Ellen Bass

What if you knew you’d be the last

If you were taking tickets, for example,

at the theater, tearing them,

giving back the ragged stubs,

along the life line’s crease.

When a man pulls his wheeled suitcase

too slowly through the airport, when

the car in front of me doesn’t signal,

when the clerk at the pharmacy

A friend told me she’d been with her aunt.

They’d just had lunch and the waiter,

joked as he served the coffee, kissed

her aunt’s powdered cheek when they left.

Then they walked half a block and her aunt

dropped dead on the sidewalk.

How close does the dragon’s spume

have to come? How wide does the crack

in heaven have to split?

if we could see them as they are,

soaked in honey, stung and swollen,