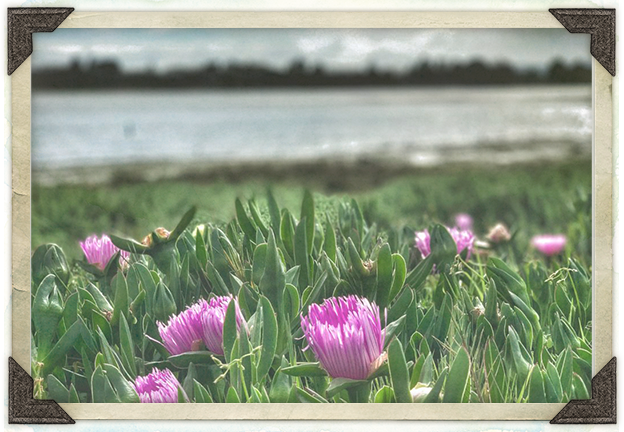 It’s been hard to write full pieces this year, instead I must offer you the smallest things …

The slice of lemon cheesecake bought on Friday to eat on Easter Sunday – in a white box in the refrigerator – and the way I cut the sheerest slices from it each night before Easter, before I went to bed.

It’s me telling my daughter to come at 11, that I would make deviled eggs with jalapeño and bacon, that I’d pull together the lemon ricotta pancakes, and bring out the cheesecake.

It’s the text I sent earlier in the week thanking the man for the date, and the second text I sent a few days later showing him how I’d used the details from our date in a writing lesson on details – which was really just me making contact.

The way I named his sturdy, hip looking boots, how he’d picked up the check, ordered a mint julep and touched my shoulder when asking about my sisters.

What I didn’t text him, but which was also true was

How at the end of the date, as we were ending our walk at the top of my street, both of us masked, I told him that I’d had a good time – because I had – because it was easy and he was smart and he said he made his own bread. As I was saying my masked goodbye, no hug, no handshake, just me saying “let’s get together again.” It was the way I peeled away from him saying, “I’m a slow boat,” which were words I’d never used before, and which he must have heard because it was I who did the texting a few days later, not him. It was I who spent the evening at the outdoor restaurant listening to him and wondering if his face – masked as it was – was a face I could kiss?

And how I’d never considered that he might have been wondering the same thing about masked me.

The dream that I had walked back into to the gym after a year, and the first person I saw was Carol, exactly as I’d seen her last, walking down the hallway in shorts and a t.shirt, her round glasses framing her face, her short curly black hair and big smile, her arms outstretched to hug me until I realized I had no mask, and hadn’t had the vaccine, and so covered my face with my hand and left.

It was the way I asked my ex-husband in the morning if he thought it was weird that he and I said goodnight each evening, retreating to separate bedrooms in the house to watch our separate tv shows – his Grays Anatomy, mine, Shtisel – and that he said “no,” he thought it was great.

It’s how on Face Time my mother and I had an entire conversation without mentioning my sister’s one-woman show, and how at the end of the call I said, “we didn’t talk about the show,” and she said, “no we didn’t,” in a way that had me know we wouldn’t. In fact, my mother doesn’t want to hear my thoughts on my sister’s show, she just wants to know that I’ll be there for my sister when my mother is gone.

It’s the smallest things, the I way passed my naked body in the mirror the other day, noting my belly, the extra padding around my waist, and kept moving.

It was when the nutrition intuitive told me, starting Tuesday, only blueberries and kale and quinoa for a week, and how hungry I became at the thought of that, which is why I bought the cheesecake and the carrot cake, which is why I hard-boiled a dozen eggs and brought the bacon out of the freezer, and printed out the recipes for the ricotta lemon pancakes and the jalapeño deviled eggs.

It’s how I went to bed last night not knowing what to write, and told myself to dream it. It’s waking up seeing those slices of lemon cheesecake in the box.

We have a few spots open in the Wednesday, Thursday and Friday Wild Writing classes that run 10am-12pm Pacific from May through June. If you’re interested, please get in touch with Laurie to find out more.