On the Eve of My Ex-Husband’s Second Departure 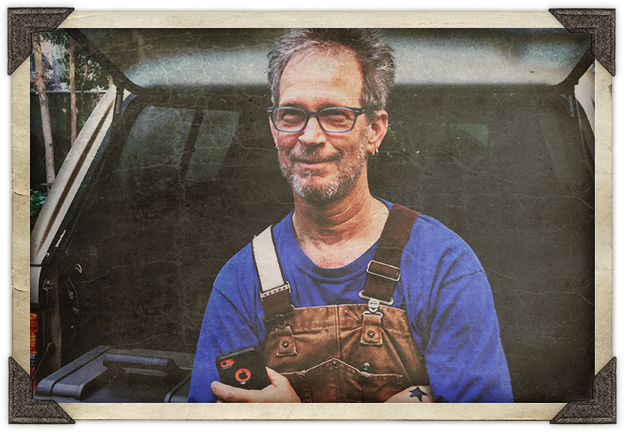 1. When I was 40-years-old a psychic told me that Mark, my husband of 9-years would leave me, but that he would come back.

2. This wasn’t a total shock because we’d talked about separating a lot over the years and sometimes the idea of not being together sounded good. Sometimes we even joked about it, playing games like “let’s imagine our lives without one another.”

3. It was never mean. We’d talk about the adventures and the new loves we’d have without one another. It helped us blow off steam and bring a little humor to monogamy and the routine of domestic life; our adorable kids, the cooking, the cleaning, the pressure to make a heap of money.

4. The thing was, our marriage was often challenging – from the start – and I could tell you why, but it’s impossible to reduce two people’s issues down to a few short phrases, especially when they’ve been together nearly 30-years.

5. I could say, “it was the sex,” or “it was the money,” but that wouldn’t tell you anything, and that’s just short hand for “we weren’t happy,” or “we didn’t bring the best out of one another,” or “marriage isn’t sexy.”

6. I could tell you that it’s because we were so different, how one time a visitor to our house turned to me and asked, “why are you two together?” Like it was obviously a mismatch.

7. Mark came from cornfields and haystacks. His parents were in the Mayflower Society. They sang in the church choir and went sledding on the weekends. His mother knew how to knit. His father fished and worked with wood. At night they played pinochle.

8. I learned to drive in rush hour traffic on Wilshire Blvd in L.A. I came from Jews with money, and was in therapy by the time I was 5. Martinis, cigarettes, the country club…on any given night the dinner table could turn into a therapy session with one of us in the hot seat.

9. If Mark and I were anything together for 30 years, we were artists. We’d have whole conversations about lines and shadows or all the different greens we could see. We nudged each other in movies when a good song came on. We lived for the music. On road trips, our eyes fastened to the road in front of us, we could talk about anything; the world, other people, our parents. When we faced each other we’d have more problems. I want to explain this better, but I’m not sure how.

11. He said he’d be here for weeks. I’m more practical. I said a couple of months, until he found a real home.

12. Weeks and months turned into a year and a half.

13. It turned out that taking sex and money off the table left us with the core of who we always were: friends. Very good friends.

14. And shape shifters. We were really good at changing, trying to keep the essence of our connection and let the form change.

16. And that’s risky sometimes, charting a path for ourselves that we made up, and that sometimes made other people uncomfortable, like opening our marriage up to lovers in our 16th year together, then separating and coming back together. And that in some way, even though he’s leaving again now, I admire us, this ability to change yet again.

17. And that even as I grieve his departure, feeling that this departure is different and is the end of something bigger, I’m excited for my next chapter in this beautiful home by myself.

18. Excited and practical too, making lists of the things he’s taking and that I’ll have to replace; the espresso machine, the electric toothbrush, a wall of paintings, bowls and mugs, and some light.

19. Because if Mark brought anything, he brought the light.

20. Which is what that fortune teller told Mark one year when Mark was at Burning Man. The seer on the playa told him, “never leave her, you’re her light and she’s your rudder.”

21. I feel like I’m writing a eulogy, I’m not. I’m appreciating this man who brought the light and also thinking about my own light and where that lives in me and how I’m going to go after that light.

22. You’ll have to ask Mark about that rudder business, but I think he’s going to be okay.

23. About a minute ago I read him this list because I often read him my writing, and he laughed, and before he took off he gave me a kiss and said he’d see me soon.