Let’s Have a Difficult Conversation 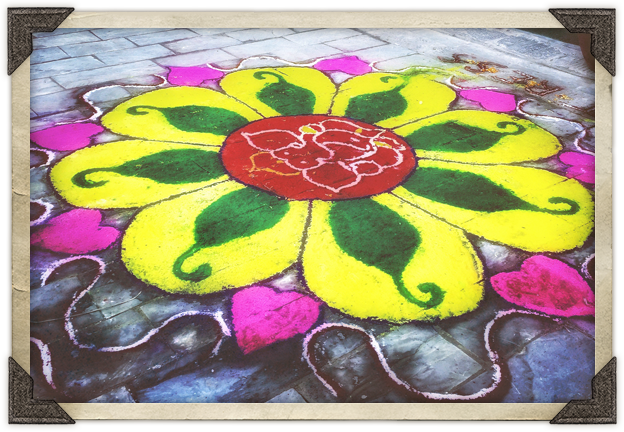 So there we were, five old friends sitting down to a sweet New Year’s Eve night. We’d planned to do a ceremony of sorts – not your typical New Year’s ritualizing with champagne and reflections –  but something that would involve a little concoction we’d brewed up, and there would be groovy lights and an 8-hour soundtrack that my friend Jed had put together, plus we’d put pads down on the floor so we could lay down in front of the fire and relax. And just as we were getting this party started, Jed, who has been a solid brother to me for the last 30 years, says “Laurie, you talk too much, and sometimes, I believe you use words to escape your experience. I think you’ll get more out of the evening if you hold most of your thoughts to yourself tonight.”

It was a stunning moment of straight talk. The eyes at the table went wide, everyone watching me for my reaction.

I went wide too because I recognized the significance of the moment, that I was with someone who had the courage to speak plainly to me, even possibly hurting my feelings.

He didn’t soften the blow either, he didn’t say, “you know, I think you’re really interesting, I think you’re great, I love you, but you might consider being a little quieter tonight, know what I mean?”

No, he said it straight. And there was no cruelty or emotion in it, and no qualifiers or caveats either. He trusted himself and he trusted me to hear it straight, and I did.

It doesn’t matter if he was right or wrong – that’s not what’s interesting to me – though there was definitely merit to what he said, and it’s true that some of the most important moments of the next few hours happened for me in silence. What interested me more than the content of what he said, was his ability to speak to me like that, to reflect something that he thought might be beneficial to me. And this is something – this kind of straight talk – that I’d been wanting more of in my life, something I’d spoken aloud in the last year, this desire to have what I had been calling difficult conversations. Conversations that terrified me because in the name of telling the truth to another person, I might hurt them, or they might misunderstand me, or I might do it badly and they would hate me.

And so as Jed spoke, so clearly and without fuss, I paid attention, because even though it triggered some of the people at the table – “I like your talking,” said our friend Chris, and “are you okay?” said Jed’s girlfriend when she met me on the stairs a few minutes later – even though it was an awkward social moment, I was aware that he was teaching me something about how to speak plainly.

In fact, I’d spent much of the last year talking with my coach, Sandy, about how to do just that. Practically every session with her had the two of us role playing something I wanted to say to a friend or a student, or someone I was dating. For as strong and articulate as I am, and for as much of a truth teller as I can be, I still want to keep people happy with me – and this is partly what keeps me from being as honest as I’d like to be – in person and on the page. I just made that connection, but I think it’s true.

So Sandy and I would get the script down, she’d give me a confident pat on the back, and then I’d leave her office and totally bomb with people. I could do it in Sandy’s office, but when the golden moment presented itself, I got nervous or weird or left the honest talk to the last 15 minutes of a get together, totally dropping some “truth bomb” on a friend as we were saying our goodbyes, leaving one friend sort of stunned and confused. In at least two situations with good friends, there was a lot of clean up, and in one case, months of repair. At some point I decided that I was no good at this and I backed off from the kind of intimacy it took to get in there with people and say real things to them. And it is, I believe, a real act of intimacy to tell the truth to people. It’s intimate because we’re stirring the pot, because we’re saying things that might trigger each other. It’s intimate because we might do it badly, even if our hearts are in the right place.

But that’s who I want to be. I want to be the kind of person who can simply, without a lot of hemming and hawing, address what’s going on. The kind of person who doesn’t stew over things I want to say, wondering whether I should or shouldn’t, and maybe it’s all in my mind and I’ll just let it go. Because those things pile up and then they end up causing distance between us – all because I’m afraid to open my mouth and speak. If I have something I need to tell you, something that has possibly gotten in the way of our relationship, and I don’t say something – as responsibly as I can, by the way – then I’m not really in real relationship with you – and that’s what I want – with everyone. That doesn’t mean I want a million best friends, but I want to feel that when I’m with you, I’m talking to you straight.

I keep wanting a road map to make sure I do this right – as though there’s a way to go about it without messing up and hurting people I love – but I’m not sure there is. Of course I don’t mean to hurt anyone – I’m a lover not a fighter – but I can see that when you risk getting super real with people – as Jed did with me – some feelings can get pricked. Jed said it straight. I don’t know if that’s my way, exactly, but I admire him for his courage – and also for my courage to hear him and take it in. I’ll start with that in 2019, a little more courage to tell the truth – and some compassion for myself when I do it poorly.

Friends, I have four open spots in the brand new Wild Writing series, live in Alameda – 3 spots in the Tuesday morning 10AM-12PM class, and one spot in the Wednesday 10AM-12PM class. Classes start the week of January 14th. The time to jump in is now.

I also have one spot in the Wild Writing class held online on Tuesday mornings from 8-9:30AM PT. The entire series is full, we just have this one seat open. Jump on it.

And if you’ve had your eye on my Wild Writing Teacher Training, which starts on the 14th of January, I have one spot left. If your resolutions this year include risk taking and creating beautiful new things in your life, play with us here.