Bonked on the Head by the Swamp Monster 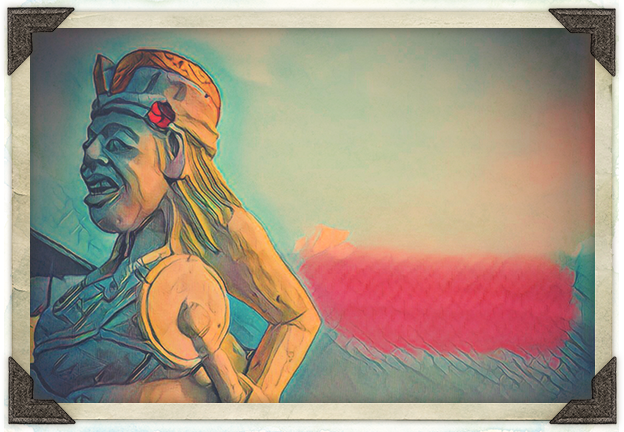 In the days since the election, since the great dismantling, I haven’t had a clue how to approach the business of selling my writing classes. At first it just felt too smarmy to put a picture of myself on Facebook with a note about the January 2017 teaching schedule. It felt wrong, indecent. How could I possibly want to turn the conversation back to me and my work when we’d just given the keys to the castle to the swamp monster?

At the same time, it was selling season – that’s what I call it – the month or so before new classes go live – and I’d need to let people know the schedule so they could sign up. This is how I spread the good word about Wild Writing and the other writing adventures I’m a part of. This is how I make my living. But Trump had won, the world had changed, so I lay low and joined the bigger, more essential conversation about how the hell Trump happened and what we were going to do about him.

For the last month I’ve been across the world in Bali, teaching, but there was so much to read and so much to learn, and for days, most of my free time was spent reading editorials and stories and trying to get a handle on the situation. For a few days the internet was on fire with intelligence and energy. It felt like the world was having the same vital conversation, and maybe because I’m so far from home, I latched onto every word I could read. While friends back home spoke of depression and gloom, I was alive with excitement.

There was also an obvious lack of ads in my inbox, and it reminded me of how after 911 the skies went completely quiet because the planes had stopped flying. Then, as now, it felt like we were getting back to something essential, waking up to what was actually important – like loving each other and being helpful in any way we could. We were getting our priorities straight.

But not two days after the election, the ads started back. I probably get something like 70 emails in a 5-hour span, and those are just the ones that make it through the spam filter. Deals on pet supplies, living room furniture, weight loss programs, herbs, trainings, outdoor lighting, yoga tools, vacation deals, airline savings, purses and shoes, camping gear, dildos, lingerie, CVS, Walgreens, Bed Bath and Beyond, Athleta, Groupon, fitness work-out programs and on and on and on and on – and this was before we got bonked on the head by Thanksgiving and its greedy step- brothers BLACK FRIDAY and CYBER MONDAY.

Before I knew it, I too was perusing web sites for deals on clothes and handbags, putting cheap shit in shopping carts, comparing prices, and it didn’t take long for me to lose touch with the vitality of what had felt so awakened in myself after the election.

So here I am in Bali, days before I head home for the holidays and yes, I still have my own things to sell, my own living to make, just like whoever is selling all those things on the internet.

I know my work is important. I know that leading people into the sound of their own voice and inspiring them to tell the truth – the god-loving painful truth – is vital, life-giving work that changes lives. I’ve seen it time and time again. More than a writing practice, it’s a shake yourself awake practice. And yes, I want you to experience it. Yes, I want it to wake you up as it has woken up me and so many others.

As I write this I’m in a co-working space in Bali, staring at the greenest rice fields I’ve ever seen and that are also disappearing and being replaced by hotels and stores selling shit. This is the world we live in, me and you and Donald Trump and our children. I pray to stay as awake as I can, I hope you’ll join me.

If you’d like to become an agent of change, join me for the Wild Writer Teacher Training coming in 2017.