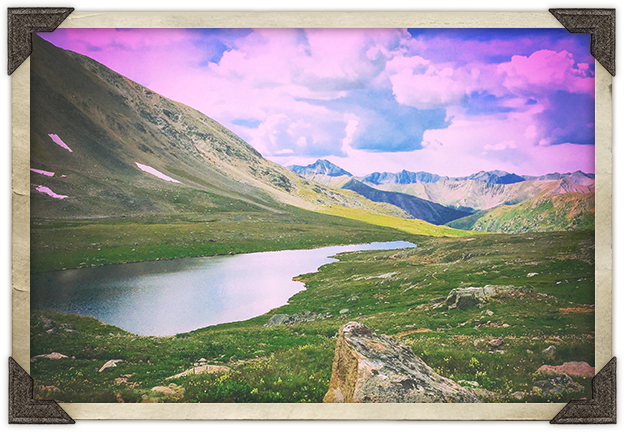 When my friends Jen Louden and Lisa Jones invited me to Boulder, Co. this summer to go on a little hiking/writing retreat with them I leapt at the chance. Not only did I look forward to seeing my pals, I was looking forward to some real writing time. Earlier in the summer I’d spent a week with my writing mentor, Deena Metzger, at her place in Topanga, with 20 other writers, but I hadn’t done much writing since then.

I’d liked what I’d started at Deena’s – it was juicy – and I figured these two friends would give me the ass kicking that I needed. They’d challenge me, they’d get past all my clever shit and push me to the wall for more. In my mind, Jen and Lisa were the real writers, while I’ve considered myself more of a writing teacher over the last 15 years. Yes I’ve written books, and yes I write with my students 10 times a week, and yes I write blog posts that I care about, but Lisa and Jen sat down daily to work on their own writing projects – their books. They had discipline, and both had agents who encouraged them. They’d made actual deadlines for themselves, and Lisa was positively unstoppable after 12 publishers had passed on her latest book. She was sure she knew how to make the right changes and she couldn’t wait to get back to work. I was in awe of her.

Writing is hard work. I don’t need to tell you that. Teaching is not as hard for me, and Wild Writing – the kind of writing that I teach – while a rich practice – is more quick and dirty, and it’s not the same as sitting down and trying to carry a thought for 10 pages or 20 pages or 160 pages. That trek feels like it takes discipline – not to just sit down and write, but mental discipline so that when the road gets rocky, when you’re sure what you’ve written is a mess of self indulgent poo, you can keep going. No small thing, and there had been plenty of times over the years that I’d started projects and walked away when I decided that I was fooling myself in thinking that what I had written was any good.

But something about the work I did at Deena’s was pulling at me. I wanted to keep going.

Our days in the mountains of Colorado were busy hiking ginormous hills littered with wild flowers, crossing skinny little streams, wandering out into marshy fields in the moonlight, and talking about the stuff of our lives; what we noticed about aging, what our work looked like and how well we were doing loving ourselves and others. It was a sweet, sweet trip, and while we didn’t get as much writing done as we had planned, we did snuggle up in our cabin and read our work to one another at night.

I’ll just say it, the stuff I’m working on reminds me of wet, uncooked meat. It’s raw, it’s bloody and it’s not tasty. It covers some pretty gritty territory involving my dad, my body, sex and drinking. If I worry about anything it’s that it’s too self indulgent and there’s nothing there for the reader. So when I began reading that first night I mumbled a few things about it being a draft, I sucked in my breath and began reading. I even skipped around a bit because I thought I might bore them. Mostly I wanted to get to the end of a couple of pages so we could get to the ass kicking that would follow and I could make what I’d written better.

But they liked it. They did not kick my ass. They did not throw me to the wall and tell me that the whole thing was a bunch of crap. They told me that it was good, very good, and that I needed to keep going. There were some challenges, yes, but nothing that wouldn’t work itself out.

As I listened I sat stone-faced. I was not Sally Fields when she accepted her Academy Award for Places in the Heart, “You like me, you like me,” she bleated to the crowd. I was more like, “holy shit, does this mean I have to keep going?”

My friends were taking my work seriously. Could I?

It reminded me of something Deena said to me one year at her retreat, “you’re a good writer,” she said, “but you could be so much better.” I never forgot that, but I wasn’t sure what becoming a better writer would take. I think I just hoped it would happen without much effort – just like a wine gets better the longer you leave it in the bottle.

Sitting with my friends – these serious writers who will finish their books and sell them – I wondered whether I could commit to my work, making dates to sit down weekly and ink the bloody thing out. Could I amble over the hard moments – the times when I’m sure it’s shit and I’m just “navel gazing,” as a psychic once described my writing. What if I wrote it and no one read it? What if I wrote it and it was bad? What if I got started, then got too busy, dropping it like I’ve dropped so many other things?

Of course this is the stuff I talk to my students about. I’m their biggest cheerleader. I believe in them. I know they can do it, but it’s like I told you, teaching is so much easier than writing. Time to take a taste of my own medicine.