It’s all in the frame 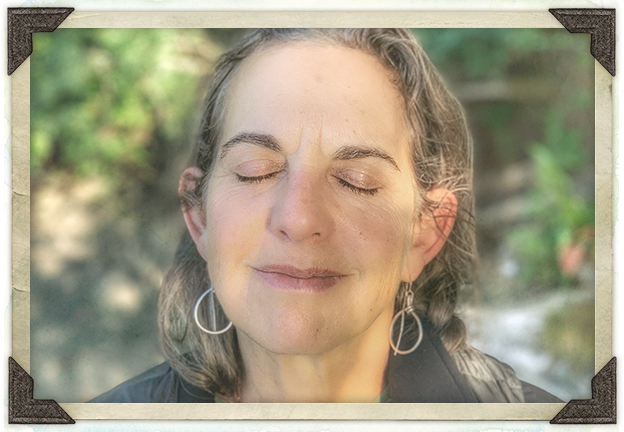 It’s all in the frame. That’s what my friend Nan said when I told her about the car accident last week, the way I barreled into the intersection, the collapse of the cars, the older Asian man who emerged from his vehicle intact.

It’s all in the frame, she said, how I stood there squinting into the bright Oakland morning sun holding my phone, texting the man I was supposed to meet for coffee, “You won’t believe this,” I tapped, how I then turned to the older man who was staring at his car dumbfounded, the way he turned to me, “why?” he seemed to be saying with his eyes.

It was all in the frame. Impossible to take in, one minute at the stop sign deciding whether to turn right and look for parking or maybe go through the intersection…

The moment of impact, the sound of it – sonic – two big cars colliding.

How the man’s Subaru sat like a defeated animal on the side of the road – two flat tires pushed up against the curb, the passenger side of his car completely crumpled, airbags inflated.

Later I’d be grateful no one was sitting in that passenger seat, that he’d left his wife at home before heading to Costco.

It was all in the frame. The 911 operator who tells me that there are 192 emergency calls ahead of mine and that if there are no injuries to simply call our insurance companies.

How the older man had forgotten his phone and that I called his insurance company for him. “Are you sure you want to file his claim for him?” the woman on the other end seemed to snicker, like I was doing some huge insurance no-no by helping him.

All the people in cars who stopped to see if we were okay.

And the cold water the man I was supposed to meet for coffee brought to the scene. The way he handed over his phone to the older man, and the way I pointed to my date’s shoulder, “can I borrow that for a moment?” as I lay my head down on it for 10 seconds to catch my breath before I called my insurance company and tried to think through the car trip to Seattle I was set to take with my kids two days later.

All in the frame. The badminton racquet that the man grabbed from his car when the tow truck came – how he got into the back seat of my car and navigated us to his home, a blue A-Frame which stood across the street from the freeway. “I’m an old man, 74-years old,” he said with a smile as he hopped out of my car.

All in the frame, Nan said, by which she meant we can’t just curate our lives into a catalog of pretty pictures – pick and choose what we want, what will make us happy – because there is room in this frame of life for all of it.

The rental car after the car accident, the 14-hour drive to Seattle through the California and Oregon fires, the Montana river trip that had been planned for months, and which would get canceled because the river was too dry. “Climate change,” I told my daughters. Jeff Bezos taking off into space,“Best day of my life,” he told the cameras.

All in the frame, how I stuck my nose into every sweet smelling butterfly bush on the streets of Olympia, WA, the impromptu camping trip with those luxurious morning campfires, coffee and card games, how my two daughters and I all slept on one blow-up mattress like happy sardines, and later, the fight with my older daughter right after I posted enviable shots of that very camping trip. The apologies that followed – mine for insensitivity to her tears, hers for a kind of cruelty that children know.

It’s all in the frame, the car I didn’t see coming through the intersection, the reaction I didn’t see coming from readers who responded to a comment I made in the newsletter about the pandemic and how life was feeling eerily normal again in California – at least for a moment.

The people who unsubscribed, the people who said they’d been living in what felt like the post pandemic bubble like me, the email from the reader in Singapore who told me that she is allowed to receive two visitors per day, the nurse who said the only reason she had time to write to me was because no one had come to her mobile vaccination truck for three hours, the woman from the U.K. who used the word mayhem to describe the mood on the street since all covid restrictions had been lifted.

How it’s one thing to read the news, and it’s another to hear from real people.